God Led Me Into His Church: Part 3 — The Gospel and the Church 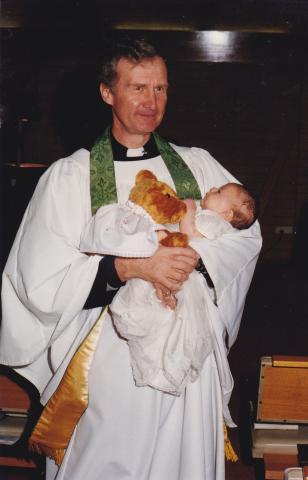 My stint in the British Army lasted for over a decade. At times it felt like it would never end, but mostly it was a whir of intense activity. Finally, my time was up and I was able to follow my call.

The first thing I did was to join the missionary arm of the Officer’s Christian Union. One of my best friends had himself left the army to join the ‘Association For Christian Conferences Teaching And Service’ (ACCTS). His ministry took him throughout Africa and Europe, connecting military officers from the different armed forces and encouraging them. It was a great ministry, and I travelled with him for quite a while in Europe.

I was living my dream of being a missionary. But even though I was living the dream, I somehow realised that what we were doing wasn’t what God wanted me to be doing in the long-term. For some reason, this itinerant ministry just wasn’t enough.

To Australia and Theological College

My father had migrated to Australia when he retired from the British Army. I made a decision to join him and the rest of the family in Australia. Janet, a nurse I had met in London, agreed come to Australia to marry me. We made the move and settled in Adelaide.

I was surprised to find how “high” the Anglican ritual was there in Adelaide. I’d never been exposed to “high church Anglicanism.” It was quite an eye-opener.

I soon began working with the Navigators in South Australia. This was a good experience because it helped me realise that I really knew very little about theology. I was ‘skating on thin ice.’ There was no depth to my theology and I needed to get more education. 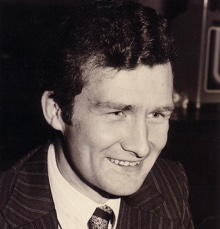 I felt led to apply for ordination in the Anglican Church of Australia. This meant three years of theological study which is exactly what I needed. The Archbishop of Adelaide wanted me to attend St. Barnabas Theological College in South Australia.

When I interviewed with the Principal I realised how liberal that College was. I was disquieted by the interview and felt quite uneasy about attending there. I've since discovered that many people who went through that college during that period lost their faith, which is tragic.

Luckily, my vicar had contacts and he managed to persuade Dr Leon Morris, who was at that time the head of Ridley College in Melbourne, to accept me there. So I did my three years of theological training at Ridley College, Melbourne.

While the Adelaide archdiocese was willing to sponsor us to attend St. Barnabas, they were unable to support us attending Ridley College. We had to survive on our own. Somehow we managed to scrape by. To our amazement, when we finished we had more money in the bank than when we started. Neither of us can explain just how that happened. God provided!

Attending Ridley was the most formative period of my life. The study was far more enjoyable than my engineering studies. I was blessed to be taught by the Rev Dr Peter Toon, who was on a six month sabbatical from Oxford University. He was a brilliant lecturer.

Dr Toon took the lecture-time he was allocated and divided it in two. During the first half, he would teach. During the second half, he led tutorials. He poured in the information and then he stirred it up and made us think. He was the first person in either of the two tertiary degrees that really made me think.

When I first went to Ridley, I would describe myself as a ‘raving evangelical.’ I had the Gospel and wanted to preach it to the whole world. The Church, if it entered my thinking, was simply where people gathered to worship together on Sundays.

But sitting at the feet of the late Dr Toon, I learned that the Church has a physical presence on earth and that the Anglican Communion was part of it. I came to learn that you had to be part of Christ’s Church, and being a member of the Church was an essential element of being Christian.

As an evangelical, I would have said that Jesus was the priority in my life but that the Church wasn’t. Under Dr Toon’s tutelage, I came to realise how offensive that must have been to Christ. I could imagine how I would feel if someone came to me and said, “Geoff, I like you, I really do —  but I have no time for Janet.” I would be very upset. I would inform such a person that Janet and I are a unit. Anyone wanting to relate to me needs to know that Janet is the most important person in my life, the one I love next to God Himself. And the Church is Christ’s Bride. They’re a unit. You can’t have One without the Other.

So I saw that if I was serious about a relationship with Jesus Christ then I need to relate to the Church as well.

Learning about the historical Christian Church also taught me the importance of Liturgy and Sacraments. The learning changed me from merely an individual who had had an encounter with God to a member of His Church. It made me truly Anglican and truly Christian. I had gone into Theological College as an evangelical with the Gospel, but I came out as a true Anglican, with the Gospel AND the Church. And I am grateful to Dr Peter Toon for helping me more than anyone else to understand the importance of this.

A week before my final exams at Ridley, Janet and I were blessed with an adopted child, Jonathan.

After College, I was appointed to begin my curacy at St. Mark’s, Camberwell. I was told that if I could preach with an English accent then I’d go down really well. I didn’t have any trouble with that! 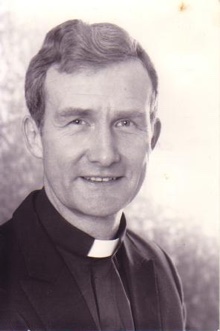 When I arrived there I found a lovely traditional Anglican parish, with an excellent Anglican vicar named Canon Holt who was in his final years in ministry.

Because he was retiring, instead of doing two curacies in two parishes, I did an extended curacy in that one parish while the vicars changed. I truly appreciated staying in the one parish while being trained by two outstanding priests.

They were just such a lovely group of people. Canon Holt was just wonderful to me. Then, his successor Gerald Wall was also a wonderful priest.

Janet and I were really blessed there. We were surprised and delighted to find that Janet had become pregnant. Our second son, James, was born while we served in St. Mark’s.

My military experience came to the attention of the Anglican Bishop to the Forces. He invited me to serve the Australian Army as a chaplain. I agreed on the condition that I wouldn’t be moved too far away from Melbourne. Janet’s mother, who joined us in Australia, was in poor health, and we wanted to be near her. My condition was accepted and I signed up.

Then we were posted to Townsville, 2,600 kilometres north of Melbourne!

Wherever the soldiers went, I went. If they went hiking up a mountain, up the mountain I would go. If they were jumping out of aeroplanes or helicopters, so would I. I'd be away on exercises for six weeks at a time. I don't quite know how Janet managed by herself with two young children. But the Lord is good and He provided.

Serving in the Australian Army exposed me to Australian culture in a way nothing else could have done. It helped change me from an Englishman into an Australian.

The Australian Army has a huge booze culture. Many of the members of the Australian Army struggle with the alcohol culture. A lot of young men are struggling, and it was a wonderful privilege to be able to get alongside them and to serve them.

Exercises were the best times. I’d get in the slit trench with soldiers and they would open up and be willing to talk.

The officers were a different kettle of fish, but they were mostly respectful. They know that Chaplains have a role to play in war. In the First World War, the Chaplains had the highest casualty rate of any Corps in the Army—because they were always on the front lines with the soldiers.

In total, I served seven years in the Australian Army. By then I was ready to head back to parish ministry more in touch with Australia and Australians than I had ever been.