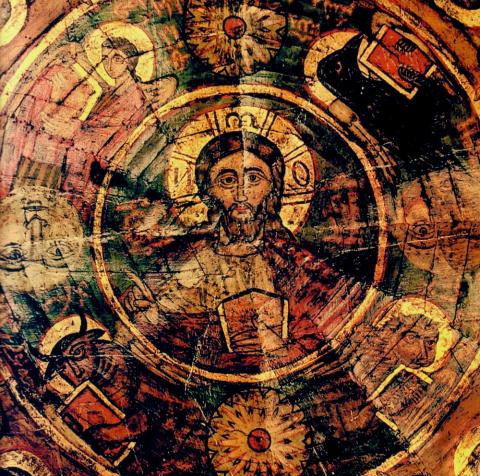 The word Orthodox means “conforming to established doctrine,” so Orthodox Christianity indicates “original Christianity” — Christianity in its pristine form and the fullness of Christian truth. It was the faith of the Apostles, which they took to the entire world in obedience to Christ’s command. Let’s learn some more about the Orthodox Church’s history and what makes it different from the Roman Catholic Church.

The Origins of Christianity

We know from the book of Acts, that the earliest Christian Church was at Jerusalem. The next most ancient was the church at Antioch. After the martyrdom of Stephen in Jerusalem in about A.D. 35, many Christians left the city and some fled to Antioch. The account of the reception of Christianity in Antioch can be read in Acts 11:19-26. We read that it was here that the disciples were first called Christians. In Acts 13:1-3 we read how, in the church at Antioch, the Holy Spirit instructed that Barnabas and Saul be set apart for a special work. From Antioch, the trips to Asia Minor and the Western world, including Rome, were begun. Antioch was the centre from which the Christian faith was propagated all over the world.

Five centres of Christianity emerged in those early centuries, called Patriarchates. They were Jerusalem, Antioch, Rome, Alexandria and Constantinople. Rome had been the capital city but in the 4th century, Emperor Constantine made Constantinople the new Imperial capital city. In 1054 a schism occurred between Constantinople and Rome.

The Schism of East and West

Western and Eastern Christianity developed differently. To begin with, the Roman Church (Western Christianity) claimed supremacy of their Pope over all other Patriarchs. This was not acceptable to the other Patriarchs who were happy to view the Roman Pope as “first among equals,” but not with authority over them. There were different opinions about what happened to the souls of the departed, the Roman Church believing in purgatory. Western clergy were compelled to be celibate while Eastern (Orthodox) Clergy could marry before ordination (however, Bishops were not married, because they were monastics). The Western church added a phrase to the creed about the Holy Spirit proceeding from the Father and the Son; the original text described the Spirit as proceeding from the Father in accordance with Christ’s words in John 15:26.

There were many other differences, such as the Roman practice of selling indulgences (remission of punishment for sin granted by the Church), which is the aberration most well known by Protestants — as this was an important issue in the lead up to the Reformation.

It is important to note that Protestantism was a reaction to corruptions and aberrations developed by the Roman church as it was then, in some cases Protestants have thrown the baby out with the bathwater resulting in the loss of so many good spiritual treasures from the early church in the process.

A summary of differences between the Roman church and the Orthodox

Understanding of the Papacy

At the time of the schism, Orthodox saw all Bishops as equal, though were willing to give the Pope the status of first among equals, but not with jurisdiction over the territory of other Bishops, which was what the Papacy claimed.

The addition to the creed of the words “and the Son” regarding the procession of the Holy Spirit who had always been described as proceeding from the Father in accordance with Christ’s words in John 15:26. Thus, Orthodox use the original text of the Nicene Creed and the Roman church uses an altered version (Anglicans now use a gender-sensitive version!)

The idea of purgatory is based on the legalistic notion that the soul must pay for what it owes. Orthodox have not viewed forgiveness in legalistic terms but in terms of healing. Sin is seen as “sickness” and repentance and forgiveness as the cure.

The Orthodox beliefs about the dead are that they are in a state of rest (not sleep) in anticipation of the Last Day (1 Thess. 4:13-17) experiencing a foretaste of eternal reward or punishment. Praying for those souls is seen as an act of love preparing them better for the judgement. (See 2 Tim 1:18, Paul’s prayer for Onesiphorus).

The Romans assert Mary to be free from original sin; the Orthodox understanding of original sin is slightly different and therefore would not use those terms. Orthodox regard Mary as fully human but as first of the redeemed, she became divine through bearing Christ. Both teach that she is now a heavenly intercessor.

This is the belief that when the Pope speaks on matters of faith and morals he teaches infallibly. Orthodox do not see any human as infallible.

The giving of consecrated bread and wine to all communicants as was originally practised. Romans have given just bread although Vatican 2 tried to restore the original practice.

Orthodox administer baptism, chrismation and communion jointly as the early church did, understanding these to be sacraments of grace, therefore age not being an issue, thus babies are Chrismated following Baptism and are given communion from a spoon from that moment onwards. The Romans separated the sacraments, (Chrismation or confirmation and communion being delayed until the child was older) the Anglicans followed the Romans.

The Romans introduced the policy of celibacy for Priests, this was not practised originally.

A different way of thinking

Orthodox view many things about the faith as mystery, some of which are incomprehensible. The Western Church has sought to apply human reasoning to explain things.

Salvation for the Romans is explained in legal terms. Emphasis is placed on Christ’s death paying the penalty that had been justly imposed on the human race. Orthodox emphasise the transformation that Christ’s work makes possible enabling us to be restored and drawn back to God. Portraying God as a loving Father to whom “prodigal sons are drawn.” By the Holy Spirit’s work in us, we can become partakers of the divine nature (2 Peter 1:4) a gradual process of becoming more like Christ (called Theosis). Both views are right but the emphasis is different.

Without denying the goodness and sincerity of other Christians the Orthodox believe that the fullness of Christian truth is to be found in Orthodoxy.