The fifth Sunday of Great Lent 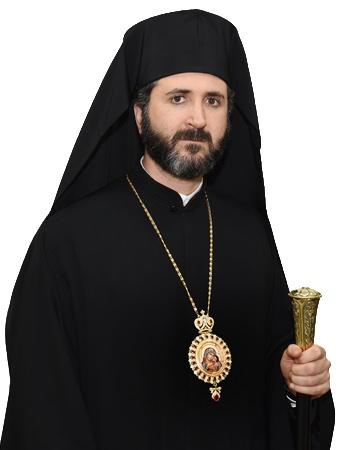 On the fifth Sunday of Great Lent, we commemorate St. Mary of Egypt and the Gospel reading from Mark (10:32-45).

This week is the Sunday before Palm Sunday, or ‘The Triumphal Entrance into Jerusalem’, and the beginning of the salvific Passions that end up on the Cross and then is completed with His glorious resurrection.

The Lord began preparing His disciples by telling them what would happen to Him. Foreseeing that the minds of His disciples would be troubled by His Passion, He foretells both the pain of His Passion, and the glory of His Resurrection.

"The Son of man is handed over to the High-priests and clerks, who condemn Him to death, and hand Him over to the nations, they mock Him, spit on Him, whip Him and kill Him, and on the third day, He shall rise." Christ revealed the mystery of His salvific Passions to those who were more closely connected with Him, that is to His twelve disciples.

When approaching Jerusalem, sons of Zebedee, James and John approached Him imploring Him: "Give one of us to sit on your right hand and the other to your left hand in your glory." They thought that He was going to a visible kingdom and would rule in Jerusalem, and so they asked about the privilege of the first seats and about being first among the others. They asked for this because they assumed that everything would be finished and the whole business was over and done with. (St. John Chrysostom).

The disciples misunderstood Christ’s message and thought that He was seeking an earthly kingdom, thinking that they would have positions there, so the other ten disciples were outraged and jealous of James and John for being alone in this request and for being excluded from this privilege. But in response to James and John's request, Christ asked them: "Can you drink the cup that I drink and be with stature I will have?"

You are asking and seeking honour and glory while I am calling you to die!

The two apostles prophesied their death, replying to Christ’s question with, "Yes, we can." And this is what happened, as they both accepted the cup and the baptism, that is the Martyrdom. St. James was martyred by beheading in Jerusalem around 45 AD, and St. John suffered persecution in Rome and was exiled to the island of Patmos.

We read from the Martyrdom of St. Polycarp, the disciple of St. Ignatius of Antioch, that on the day of his martyrdom and during his torture, he lifted up his eyes to heaven and said:

“O Lord God almighty, I bless You for granting me this day and hour, that I may be numbered amongst the martyrs, to share the cup of your anointed and to rise again unto life everlasting, both in body and soul, in the immortality of the Holy Spirit”.
(The martyrdom of Polycarp, 14.)

The Lord made it clear to His disciples that the love of authority and power is one of the attributes of the masters of this world. As for His disciples, He taught them by saying: "The great, let him be a servant, and the first, let him be a servant of every-one. This is because the son of man Himself did not come to be served, but to serve and to sacrifice Himself for many." This is the authority of service and leadership of love and sacrifice, which Jesus imparted to His disciples.

Today, we commemorate St. Mary of Egypt, a woman from Alexandria who lived in the 4th century, initially in a life of sin where she once tried to enter the Church of the Holy Sepulcher in Jerusalem and felt an invisible force that prevented her from entering because she was unworthy. That was the turning point towards the journey of repentance to God. She left the city, crossed the Jordan River, entered the wilderness, and lived alone with God, who became her sole love, and spent nearly 47 years in the wilderness living a life of asceticism, solitude and spiritual combat.

St. Mary of Egypt accepted to “drink the cup that the Lord drank and to be baptised with the same baptism that He had”. She chose the labours of asceticism wholeheartedly and voluntarily, she took on the cross of asceticism, which in our Church is called the ‘White Martyrdom’.

We read from the Matins of Sunday: “All the rebellious impulses of the flesh you have subdued by your ascetic labours, showing the manly courage of your soul. Desiring to behold the Cross of the Lord, O honoured Mother, in sanctity you have crucified yourself to the world, and you have sought with eagerness to emulate the angels in their way of life”.

St. Mary of Egypt realised, unlike James and John, that "The kingdom of God is not meat and drink, but righteousness and asceticism with holiness” (from the Doxasticon for the Fifth Sunday). The kingdom of heaven and sitting on the right and the left of God is acquired by living a life of virtues through asceticism and holiness, and not a privilege given merely by request.

On this Fifth Sunday of great lent, and on the threshold of salvific Passions, there is still time to return to God with sincere repentance, like the repentance of St. Mary of Egypt, the kind of repentance that is effectively translated through the labours of fasting, prayer and abstinence, so that we become worthy to share with the Lord's Glory and Holy Resurrection. Amen.