The Virtues of Christ 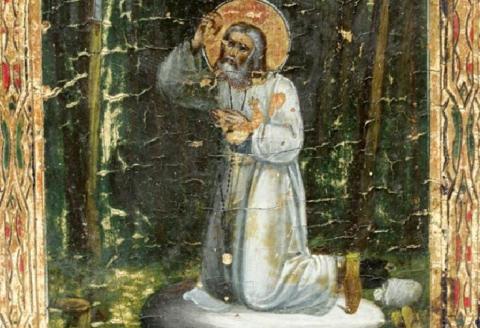 This last week I have been meditating on the difference between the ethics of the Old Covenant and those of the New.

Old Covenant ethics, for the most part, is grounded in behavioural rules. “Do not murder.” “Tithe the increase of one’s flock.” “Do not plant mixed seeds in a field.” “Send a menstruating woman outside the camp.” Under this system, observing the set of prescribed behaviours constitutes righteousness, regardless of how the rule-observance affects human flourishing.

This system of ethics is called ‘deontological.’ Deontological ethics lend themselves to defining a fixed standard of behaviour. That is why the Rich Young Ruler could guilelessly say, “All these things have I kept from my youth upwards” (Matt 19:20, Lk 18:21, Mk 10:20). He had. He really had observed all these behavioural rules.

A fixed standard based on observable behaviours is also compatible with both perfectionistic and juridical thinking. If behaviour can be observed, then it can be readily judged. If behaviour can be judged to be right, then one can claim to have “kept” the rules meticulously—perfectly, even.

A fixed standard of behaviour lends itself to thinking about God in a similarly limited fashion. One might repeat, “My ways are higher than your ways” (Isa. 55:9) without ever actually considering that God’s ways actually are so far beyond human thought to be unintelligible and uninterpretable. Such a person inevitably cuts God down to size to make a god-idol small enough to be understood. Thus such a person can then intone, “Yes, God will save a person in such-and-such a situation, but not if XYZ ever happens.”

This style of thinking lends itself to a small view of God and an exalted view of humanity. After all, “I’m pretty good, right?—Almost there.”

The New Covenant stands in stark contrast to this. Instead of seeking to control external behaviour, the New Covenant seeks to heal the inner heart. If a person is healed of that which troubles them, then they are freed to act humanely.

Jesus Christ revealed the Christian virtues in His sermon on the mount (Matthew 5:3–12). “Blessed be the poor in spirit.” There is no observable standard for being “poor in spirit.” Being “poor in spirit” doesn’t have a defined set of actions—there is no “standard of behaviour” to grasp hold of. Instead, there is no limit to one’s growth in humility. The virtue of humility may grow and develop in different ways in different people, and be exhibited in a widely varying range of behaviours. Virtue-based ethics stand in contrast to deontological ethics.

When the virtues are seen as limitless, and therefore potential growth to be unbounded, there can never be a sense that “I’ve arrived.” The further one travels down the path of the virtues, the further one can perceive the limitless heart of God drawing one further into a flourishing symphony. Thus, one can join C.S. Lewis in saying, “further up” and “further in.” The further one progresses in unwrapping the mystery of God, the greater and more glorious is the further revelation.

So what is the motive force of these virtues? None other than the Law of the New Covenant, the Holy Spirit. For the Holy Spirit is He Who brings the healing of heart: He it is Who replaces the heart of stone with a heart of flesh. The heart of flesh is the act of a New Creation: repairing the inhumanity, the iniquity, the immorality, and the passionate self-centredness that otherwise afflicts one’s heart.

When one perceives the gulf between the deontological ethics in the Old Covenant Law and the revelation of virtue-based ethics in the New, one is reminded, again and again, never to mix the two systems.