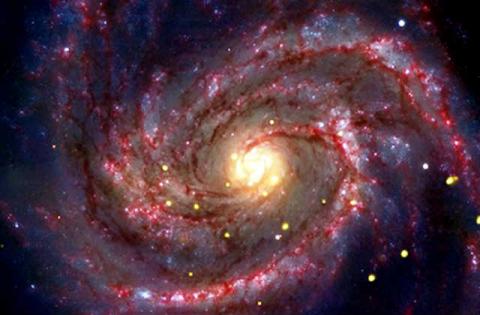 Alister McGrath is Professor of Science and Religion at Oxford University. After academic work in science, he turned to the study of theology and Christianity. He spoke recently with Josemaría Carabante, of Aceprensa, a Spanish magazine and a MercatorNet partner site. In this interview Prof. Alister McGrath explains how he made the journey from atheism to Christianity and how his faith is consistent with his scientific work.

Refuting the conflict between Science and Religion

In your recent book Inventing the Universe: Why We Can’t Stop Talking About Science, Faith and God, you say that you were a convinced atheist and thought that science and religion were incompatible. But you changed this point of view through intellectual reasoning. How did you discover the importance of religion?

I think there were two stages in my transition away from atheism towards religion. One was the growing realisation that science did not demand atheism. It was just an option – and there were other options that increasingly seemed to be more interesting. The second was my realisation that science didn’t really answer the “big questions” about life – such as the meaning of my life. These lay beyond the limits of science. I began to realise that human beings need existential answers about meaning, purpose and value, not just an understanding about how the universe works. I later came across this quotation from the Spanish philosopher José Ortega y Gasset, which seemed to me to express this point well.

Scientific truth is characterised by its exactness and the rigorous quality of its assumptions. But experimental science wins these admirable qualities at the cost of maintaining itself on a plane of secondary problems and leaving the decisive and ultimate questions intact.

Some science historians and reporters state that religion has always been a drag on progress. In your opinion, that´s not the case. If you had to look at it from an historical approach, which would be the main contributions of religion to science?

Historically, the scientific revolution seems to have begun in the Christian West primarily because of the theological idea of a rational, structured created order which could be studied as a means of honouring and glorifying God. There has always been a strong religious motivation for the scientific study of nature. Religious writers like Thomas Aquinas have always insisted that the regularity and beauty of nature point to the wisdom and beauty of God. To study God’s creation is to appreciate God more fully.

Many of the scientists who achieve wide media recognition criticise as irrational. In what sense it can be argued that religious beliefs are rational, reasonable, or at least not irrational?

The media loves loud and angry voices! That’s one of the reasons why the “New Atheism” of Richard Dawkins has attracted so much attention. Many people regard religion as irrational, as I once did. But it’s not that simple. Everyone knows that some standard scientific ideas – especially those relating to quantum theory – seem irrational, simply because they are so counterintuitive.

I moved away from atheism to Christianity many years ago because I realised that Christianity both made sense in itself, and also helped me to make sense of the world. It gave me an intellectual framework that illuminated and explained the complexities of my experiences within me and observations of the world around me.

That’s why I like this quote from C. S. Lewis so much: “I believe in Christianity as I believe that the sun has risen, not only because I see it, but because by it I see everything else.” A theory is judged by how much sense it makes of our world. The Harvard psychologist William James suggested that religious faith is to be seen as a “faith in the existence of an unseen order of some kind in which the riddles of the natural order may be found and explained.”

From a social and cultural perspective, science has certain degree of authority and is considered to be accurate and unerring. Why do you maintain that its significance is more limited in scope than what the public opinion or scientists accept?

As José Ortega pointed out in the citation I quoted earlier, science is precise and accurate. But it is also provisional and limited. First, it is provisional – in other words, it changes its mind. This is not arbitrary; it’s about theoretical advance forcing us to abandon older ideas as we realise that they are not good enough to explain the evidence. This puts scientists in a difficult position, as they know that they accept certain theories at the moment which may be shown to be inadequate or wrong in the future.

But more importantly, science deals with a limited spectrum of questions. It finds it difficult to cope with non-empirical ideas such as meaning, value, and beauty – all of which are very important to human beings.

This is not a criticism of science! When we want to use a tool, we calibrate it, to find out under what conditions and in what circumstances it works well. We must be careful not to abuse science, by forcing it to answer questions that lie beyond the scope of the scientific method.

It is said that science is founded on one belief: belief in the world’s rationality, belief in its own methods, etc. What is the difference between scientific belief and religious faith?

The popular idea is that science proves everything it believes. But in reality, science is based on what many call “motivated belief”. A principled engagement with scientific evidence often leaves us unable to decide on its best explanation with total conviction. This means that what one generation firmly believed to be right may be rejected by a later generation as wrong (even if it was wrong for understandable reasons). Science is on a journey, and has not yet reached its final destination. That means that things are in a state of flux.

It’s an unsettling thought, especially for those who prefer to think of science in terms of a fixed set of “scientific” results, rather than as a method whose application leads to ideas that change over time. Again, this is not a criticism of science. It’s just an observation about the difficulties we face in trying to make sense of our world.

In your previous books you have refuted “new atheists” like Richard Dawkins. In this book you contend that their opinions are not scientific. But why do you think that their perspective is ideological, rather than scientific? How can we distinguish between an ideological or subjective opinion, from a scientific point of view?

Science stands over any ideology, whether religious or anti-religious. That’s why it is so tragic that science has been hijacked by ideological atheists, who have weaponized science in their battle against religion. As science cannot determine whether there is a God or not, then atheism, agnosticism, and religion are all open to scientists. Richard Dawkins’s argument assumes that science disproves the existence of God, and thus excludes belief in God as a legitimate option for scientists.

We often have to make decisions on the basis of a less than total understanding of the situation. That’s just the way things are. The epistemic dilemma of humanity is that we cannot prove the things that matter most to us. We can only prove shallow truths. It’s not a comfortable situation, but we have to get used to it, and not seek refuge in the illusory utopian world of the New Atheism, which holds that we can prove all our valid core beliefs.

One of the conclusions you reach in this book is that it is necessary to intertwine religious narratives and scientific accounts without confusing them. What is the advantage for religion? For science?

There are many ways in which the natural sciences can enrich our understanding of our faith. For example, consider the famous words of Psalm 19:1: “The heavens declare the glory of the Lord”. Science expands our vision of those heavens, enabling us to grasp more of their vastness, and thus deepening our sense of wonder as we reflect on our universe. It helps us to appreciate the immensity of the heavens, adding rich layers of interpretation to our sense of amazement at the night sky.

I think that there are two main ways in which Christianity enriches a scientific narrative. First, it provides us with a reassurance of the coherence of reality – that however fragmented our world of experience may seem, there is a half-glimpsed “bigger picture” which holds things together, its threads connecting together in a web of meaning what might otherwise seem incoherent and pointless.

And second, Christianity provides answers to the scientifically unanswerable – to what Karl Popper termed “ultimate questions,” such as the meaning of life, and our place in a greater scheme of things. These are to be seen as supplementations of the rigorous and consistent application of the scientific method, protecting us against the existential vacuum that results from seeing science alone as the foundation of meaning and value.

You explain that religious faith helps to give meaning to the world, so “It’s not a blind leap into the dark, but a joyful discovery of a bigger picture of things”. However, you say nothing about the inner truth of the religious message or truth as a support for science. What is the link between religious faith, science and truth?

I make it clear that this book is not about the defence of science or religion, but an exploration of how they can talk to each other, and some of the good outcomes of this conversation. I can’t prove that the approach I commend in my book is right. But what I can do is invite my readers to step into this way of seeing things, and imagine how things look from this perspective. Does it seem to make sense? Does it allow new insights, or bring new depths to older ones? I hope that some of the ideas I explore in the course of this book may be helpful to my readers.

My approach denies nothing about the sciences, except any spurious claims to exclusivism or finality on their part. That may be in conflict with the “New Atheism”, but it is certainly not in conflict with real science, which has always been willing to recognise its limits, knowing that it raises questions that transcend its capacity to answer them – “questions that science cannot answer and that no conceivable advance of science would empower it to answer” (Sir Peter Medawar).

The book seems to refer to Christianity when it talks about religious faith. Do you think your opinions are applicable to religion in general? Why is Christianity compatible with the scientific view?

Many (but not all) of the ideas I develop in this work are applicable to religion in general. Yet Christianity has had a special place in the historical development of the natural sciences, and continues to provide an intellectual environment that is supportive of faith. I’m not a Catholic, but I like these words of Pope John Paul II:

Christianity possesses the source of its justification within itself and does not expect science to constitute its primary apologetic. Science must bear witness to its own worth. While each can and should support the other as distinct dimensions of a common human culture, neither ought to assume that it forms a necessary premise for the other. The unprecedented opportunity we have today is for a common interactive relationship in which each discipline retains its integrity and yet is radically open to the discoveries and insights of the other.

Learn more about science and God.

The source of this interview.

Professor Alister McGrath is the author of many books, including “The Dawkins Delusion,” in which he analyses the foundations of scientism and atheism, “Dawkin’s God: Genes, Memes, and the Meaning of Life” and “The Intellectual World of C. S. Lewis.”