Is the Orthodox Church an ethnic fraternity? 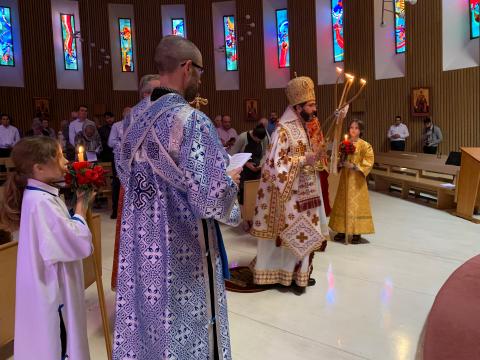 Orthodox priests were recently featured on the evening news. The Orthodox were celebrating Theophany, which memorialises the revelation of the Holy Trinity in and through Jesus Christ’s baptism. The reporters asked the Orthodox priests what the celebration meant to them. Now I don't know everything the priests said, but what made it to the evening news was, “It's a little slice of Greece.”

The news broadcast focused on the cultural aspects of the celebration and completely avoided mention of any religious aspects.

This response raises the question, “Is the Orthodox Church merely an ethnic fraternity?”

Answering that question for us is Abbot Tryphon, of the All-Merciful Saviour Monastery on Vashon Island, Washington State, United States of America. 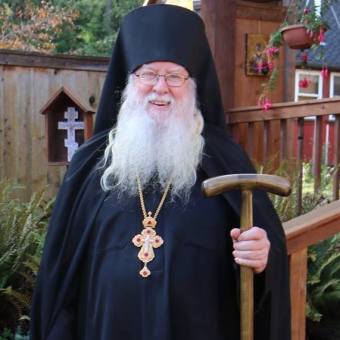 Two Byzantine brothers, Saints Cyril and Methodius, brought Orthodox Christianity to the Slavs in the ninth century. The brilliance of Eastern Orthodox missionary outreach, as opposed to that of the Latin Church, was in the very use of the vernacular. These great saints who became known as the Apostles to the Slavs left the Slavs with a liturgical language that was understandable to them. The services were not imparted in the Greek language, as though it alone was sacred enough to be used in Divine Worship. They were enabled to understand their new faith by worshipping in their own language.

The first missionary monks to North America came to a land where Orthodoxy had never been. Their encounter with the native peoples was one of mutual respect. They did not greet their new neighbours as pagans, but as a people whose experience with God was limited, but who nevertheless held to certain truths that were, by their very nature, Orthodox truths. Sharing with these peoples, the Orthodox monks came to know that the native Alaskans did not worship totem poles, but used them as tools for passing on family and tribal history. The monks honoured the indigenous peoples, befriending them, and, most important of all, treating them as God’s children.

As Orthodox Christians, we are duty-bound to share our faith with others. Christ is for everyone, but with all the bad press Christianity has been getting during the past decade, it is especially important that we approach evangelism in light of the historic Church. The missionary mind of the Orthodox Church must be rekindled in our time. Parishes must not remain enclaves of Greeks, Russians, Bulgarians, Palestinians, or Serbs. The doors of the churches must be opened wide, welcoming all.

Having open doors is worthless if a visitor is greeted with a frown upon entering the temple. I’ve lost count at how many people have shared their experience at having been ignored by other worshipers, upon entering an Orthodox parish for the first time. Numerous people have told me about being confronted with the question, “Are you Greek?” followed by, “Then why are you here?” Others have shared their sadness at having been ignored in the parish hall because they did not speak Russian.

A Roman Catholic friar once told me he’d gone to a Russian cathedral to attend his first Divine Liturgy. The first service had concluded, and as the clergy walked down the steps of the cathedral, they looked right through him, as though he were invisible, even though he was wearing his Franciscan habit. He’d felt so unwelcome, he turned and left.

Additionally, a young German wrote of his frustration at wanting to become Orthodox, yet suffering abuse from Russians who demanded that he learn Russian if he was to become Orthodox. Although they were all living in Germany, they rarely used the German language, and his sadness at their rejection of him, unless he “become Russian”, has made him feel like it would be a mistake to even continue on his journey into Orthodoxy.

We are all called to be evangelists for the Orthodox Faith. Not one of us is deserving of this Pearl of Great Price if we wish to preserve it only for ourselves. How can we say we love Christ, if we do not wish that all know Him? Can we be saved, in the end, if we wish salvation only for “our people”?

We must invite our friends and neighbours to “taste and see” the great treasure that is Orthodoxy, for it is our responsibility, as Christians, to reach out in kindness, and with a welcoming smile when we see strangers enter our temples.

Orthodox clergy must remember that we are the first line of witness for the Faith. If we hold ourselves aloof while wearing our cassocks and crosses in public, we can not call ourselves disciples of the Lord, for in keeping ourselves aloof, we bring shame upon the Cross of Christ.

With love in Christ,
Abbot Tryphon

I would like to thank Abbot Tryphon for this wonderful article. It is a reminder to us all that the Orthodox Christian Faith is simply the one, holy apostolic and catholic faith handed down to the Church by the Apostles. The growth of the Tradition is a result of the abiding presence of the Holy Spirit in the life of the Church. The Orthodox Faith is Christianity.

While we owe a debt of gratitude to the Syrians, Lebanese, Greeks, Russians, Serbs, Romanians and all other Eastern peoples for preserving this wonderful Tradition, we must recognise that we are today planted in the multi-cultural soil of Australia.

Growth in the body of Christ here in Australia requires that we are open to reaching out to those around us and welcoming all that come. It is clear that if we're reaching out to others, we have to speak their language. In Australia that language is English. That is why all services at The Good Shepherd are conducted in English.

English is our common tongue. It is our heart language; the language that binds us together as brothers and sisters in Christ no matter what our heritage.

If you are new to the Orthodox Faith, please do browse around this site. There are plenty of materials here to introduce you to the rich heritage of ancient Christianity. And if you have already learned about the Faith, we would welcome you to visit The Good Shepherd in order to begin to understand the richness and fullness of the Christian Faith.