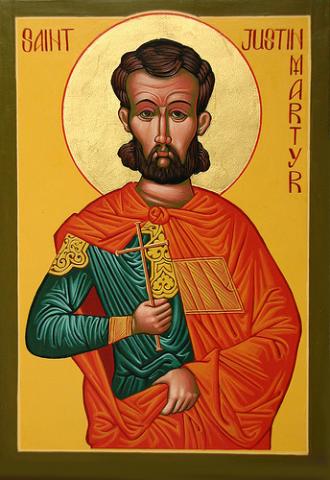 Rusticus, the prefect of Rome, glared at Justin and asked, “What teachings do you hold?” The 65-year-old man quickly replied, “I have tried to learn from all teachings, but I came to adopt the true teachings, which are those of the Christians.”1 Upon further examination, Justin confessed to holding meetings in the house of a man named Martinus in Rome. Rusticus demanded that Justin and those with him offer sacrifice, but they boldly refused. The prefect then commanded them beaten with rods and beheaded. Nevertheless, they passed to their deaths praising God and confessing Christ. After they died, faithful Christians secretly carried their bodies away for burial.2

The Growth of Christianity

It was around the year 165 AD, and Rome had reason to be anxious. This new Christian “sect,” birthed 130 years earlier in Palestine, was growing with intimidating speed. It would take another century and a half for Rome to legalise Christianity through the Edict of Milan (313 AD), so the empire was on high alert—and in a retaliatory mood—against believers when Justin ventured to champion the faith.

As longtime Yale professor Kenneth Scott Latourette reports, God used all manner of means to turn men’s hearts to Christ in those early centuries: an entire family was won in the wake of a dramatic exorcism; in Gaul, many pagans were impressed when a plague bypassed the cattle owned by Christians; in another case, a young man, who later became a bishop, was moved by the question, “What is the purpose of my life?”; and in Justin’s case, philosophy proved to be the pathway to conversion.3

Who was Justin Martyr?

According to his own testimony in the beginning chapters of his Dialogue with Trypho, Justin had a religiously oriented mind from a young age. He wanted to find intellectual peace and satisfaction, so he sought instruction from a Stoic, a Peripatetic, a Pythagorean, and finally a Platonist. Platonism impressed him most, and it was while a Platonist that Justin became a Christian.

An old man helped him develop “a love of the prophets, and of those people who are friends of Christ.”4 Justin then realised that Christianity was the only true and worthy philosophy. As Latourette concludes, this native of Samaria “had sought wisdom through the philosophies of his day and became a convert when he found truth in Christ, Christ in whom the Logos had taken individual human-historical form.”5

A Debater and a Writer

Once saved, he became a first-rate apologist for the faith, arguing with “practical earnestness and enthusiasm.”6 His two Apologies and his Dialogue with Trypho cover a great deal of ground, giving an excellent picture of the sorts of things being said against believers in those days. In making his case, he demonstrated that Christians were neither atheists, criminals, nor idolators. He also explained how it was that God let Christians suffer persecution, how the Holy Spirit was necessary for salvation, why Christ’s virgin conception was real, and why the Jews needed to accept Christ in order to be saved.7

Of course, he is known not as “Justin Writer,” “Justin Debater,” or “Justin Teacher,” but Justin Martyr, a Christian who was faithful unto death. Other philosophers, indeed pagan philosophers such as Socrates,8 have died for their teachings—and noble ideals. But unlike the Platonists, Justin was not so much devoted to abstract, transcendent concepts but to a person, the living Logos, who was Christ Himself. And in Him, Justin rests today as his successors take their stands against the slanderers of their own age. These men and women face their own persecution, whether the death of worldly reputation, material fortune, career advancement, or even the body itself. Such is the great tradition of Justin Martyr.

Learn more about Justin Martyr and his arguments about judicial justice and religious liberty.