Euthanasia is a return to the bad old days 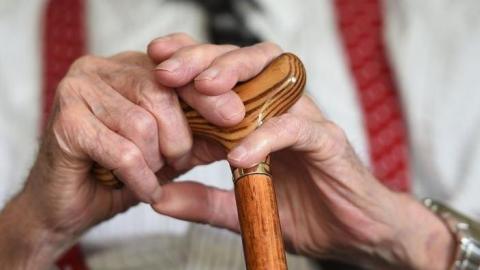 Under the banner of “personal choice,” the State of Victoria is winding the clock back. Way, way back to the social ethics of Ancient Rome. While Australian society has been the envy of the world, Victoria is willingly walking away from the Christian influence in law, morality, ethics and religion that has contributed so much to the great society in which we presently live.

For Ancient Rome practised euthanasia on a massive scale. In Rome, a bridge over the Tiber was dubbed “the bridge of the sixty-year-olds.” Sixty-year-olds in Rome were faced with the social pressure to “not burden your family” and to “keep Rome strong” by throwing themselves from the bridge. Given the social conventions of utilitarian pagan Rome, it was only the dishonourable and the cowardly who failed to end their lives.

Now it’s tempting to think that there are some critical key differences between present-day Australia and Ancient Rome. “Personal choice,” for example, is quite different from patriotic compulsion. But when our society puts forward the idea that life is not sacred (but instead is merely a chance existence involving a trade-off between pleasure and pain), who is going to police the sanctity of “personal choice”?

The aged care industry has already proven it places profits ahead of humanity. Journalistic exposes and the current Royal Commission into Aged Care have shown how aged care enterprises encourage “turn-over” of units in order to maximise profits. Resources are severely rationed in many parts of the industry: feeding inedible mush and leaving people in filthy nappies for hours while the staff are given six minutes per day to attend to patient needs. When profit-seeking resource limits have already created a living hell, how “free” is a frail, elderly person’s “choice”?

What about our government bureaucrats? We know government departments regularly make funding decisions that place a monetary value on human life. The actual values ascribed are retained as unwritten open secrets within government departments. Civil servants regularly apply these values but know it is political suicide to document them for fear of opening the department’s decision making to public scrutiny. Someone very close to me is currently suffering from an undiagnosed neurological disorder that can only be treated with very strong painkillers. But to get those painkillers her doctor is forced to call a bureaucrat in Canberra to get permission to prescribe the medicine. And sometimes there is a lot of pushback from the bureaucrat. What is going to happen when these bureaucrats suddenly discover the “opportunity cost” of medical treatment can be replaced with inexpensive suicide drugs? It’s far cheaper to allow someone the “personal choice” to kill themselves than to allow them to draw valuable funds from the resource-constrained public health system. Who is going to police freedom of “personal choice” when bureaucrats are making impersonal decisions on health care funding?

And we haven't even considered what the Health Funds might do in this area. I am aware of at least one case from the State of California where a Health Fund informed a member diagnosed with cancer that they were covered for assisted suicide but not for the needed chemotherapy.

And there are many families who would willingly seek to erode “personal choice” too. Talk to any cancer nurse about the bad behaviour of some families surrounding elderly cancer sufferers, and you’ll soon learn that human avarice and greed is alive and well. What happens when adult children of elderly people make it known to their parent that they are a mere burden? While it already happens today, the temptation for families to seek for a quick, inheritance-preserving death, will be much greater. How much extra burden will there be on nursing staff, lawyers and the elderly themselves in protecting “personal choice” from family greed?

Why should the frail and the elderly who simply want to live be made to feel a burden by choosing not to die?

Will medical doctors prove to be the defenders of personal choice under a euthanasia regime? Many medical doctors promoting euthanasia have already demonstrated a callous unawareness of mental health issues. Many doctors have signed off on euthanasia consent forms having failed to properly investigate whether or not the patient is suffering from depression. In one terrible case, currently subject to legal action, a twenty-six-year-old suffering from depression was euthanised. “Personal choice” is terribly compromised when a sufferer has an untreated mental illness.

When the ethics of sanctity-of-life is discarded in favour of utilitarian social ethics, defence of “personal choice” shifts from the strong and the healthy to the weak and the frail. As a society, we’ve come a long way from the visible state-sponsored propaganda of Ancient Rome. These days our law-makers and bureaucrats achieve their desired ends indirectly, through impenetrable layers of funding allocations. While the propaganda may have changed, make no mistake about it, ours is a complete return to ancient social ethics. We are placing the “burden of not wanting to die” fully and squarely on the weakest and most frail members of our society. It’s a return to the pre-Christian bad old days.