The Challenge of Orthodox Marriage 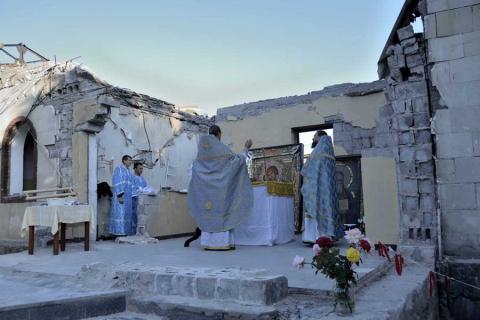 When couples come to ministers to talk about their marriage ceremonies, ministers think it’s interesting to ask if they love one another. What a stupid question! How would they know? A Christian marriage isn’t about whether you’re in love. Christian marriage is giving you the practice of fidelity over a lifetime in which you can look back upon the marriage and call it love. It is a hard discipline over many years.

Orthodox Christians are constantly exposed to two currents of thought and practise. Firstly, there are the contemporary values, expectations and practices that they see all around them. They are socialised into the contemporary culture from a young age by TV, movies, songs, friends and schooling. Then there is the millennia-old Orthodox Christian tradition, which has provided us examples of holy living in all manner of men and women, young and old, married and unmarried through the two-thousand-year history of the Church. It presents a real struggle when the contemporary values and practices are so different from the values and practices received from Holy Scripture, the lives of the Saints, the Liturgy of the Church, and her dogmatic and canonical teachings.

We are like fish who are exposed to two strong currents running at cross-purposes. It’s hard to say which current will have the most pulling power. Even worse, if we try to stay right where these two powerful streams intersect, the turmoil of violent buffeting by these powerful currents deprives us of the peace and joy that is the inheritance of Christ.

I recommend the following meditation on marriage by Fr. Stephen Freeman, Rector of St. Anne’s Orthodox Church in Oak Ridge, Tennessee. It is a powerful reflection on Orthodox marriage in the contemporary world. Although he is writing primarily about the American experience, what he says is equally true for us here in Australia, as it is all over the Western world.

Marriage as a Lifetime of Suffering

No issues in the modern world seem to be pressing the Church with as much force as those surrounding sex and marriage. The so-called Sexual Revolution has, for the most part, succeeded in radically changing how our culture understands both matters. Drawing from a highly selective (and sometimes contradictory) set of political, sociological and scientific arguments, opponents of the Christian tradition are pressing the case for radical reform with an abandon that bears all of the hallmarks of a revolution. And they have moved into the ascendancy. 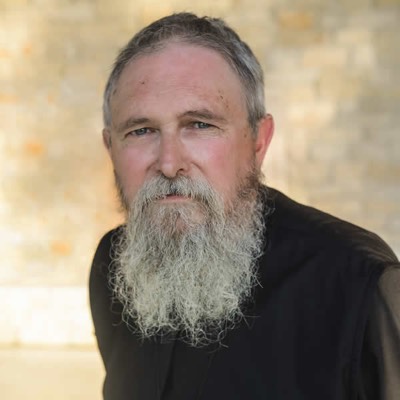 Those manning the barricades describe themselves as “defending marriage.” That is a deep inaccuracy: marriage, as an institution, was surrendered quite some time ago. Today’s battles are not about marriage but simply about dividing the spoils of its destruction. It is too late to defend marriage.

Rather than being defended, marriage needs to be taught and lived. The Church needs to be willing to become the place where that teaching occurs as well as the place that can sustain couples in the struggle required to live it. Fortunately, the spiritual inheritance of the Church has gifted it with all of the tools necessary for that task. It lacks only people who are willing to take up the struggle.

Marriage laws were once the legal framework of a Christian culture. Despite the ravages of the Enlightenment and Reformation, the general framework of marriage remained untouched. The Church, in many lands, particularly those of English legal tradition, acted as an arm of the State while the State acted to uphold the Christian ideal of marriage. As Hauerwas noted in the opening quote, marriage as an institution was never traditionally about romantic love: it was about fidelity, stability, paternity and duty towards family. The traditional Western marriage rite never asked a couple, “Do you love him?” It simply asked, “Do you promise to love?” That simple promise was only one of a number of things:

WILT thou have this woman to thy wedded wife, to live together after God’s ordinance in the holy estate of Matrimony? Wilt thou love her, comfort her, honour, and keep her, in sickness, and in health? And forsaking all others, keep thee only to her, so long as you both shall live?​

I N. take thee N. to my wedded wife, to have and to hold from this day forward, for better, for worse, for richer, for poorer, in sickness, and in health, to love and to cherish, until we are parted by death; according to God’s holy ordinance, and thereto I plight thee my troth.

Obviously, the primary intent of these promises was faithfulness in all circumstances over the course of an entire lifetime. The laws that surrounded marriage existed to enforce this promise and sought to make it difficult to do otherwise.

Divorce was difficult to obtain – long waiting periods were required and very specific conditions had to be met for one to be granted. Churches made remarriage quite difficult, to say the least. Obligations to children were very well-defined and grounded in parental (biological) rights and obligations. Indeed, there was a large complex of family laws that tilted the culture towards marriage at every turn.

Of course, none of this would have represented any benefit had it not also reflected a cultural consensus. Contrary to popular sayings, morality can indeed be legislated (laws do almost nothing else). But moral laws are simply experienced as oppression if they do not generally agree with the moral consensus of a culture. The laws upholding marriage were themselves a cultural consensus: people felt these laws to be inherently correct.

Parenthetically, it must be stated as well that the laws governing marriage and property were often tilted against women – that is a matter that I will not address in this present article.

The moral consensus governing marriage began to dissolve primarily in the Post-World War II era in Western cultures. There are many causes that contributed to this breakdown. My favourite culprit is the rapid rise in mobility (particularly in America) that destroyed the stability of the extended family and atomized family life.

The first major legal blow to this traditional arrangement was the enactment of “no-fault” divorce laws, in which no reasons needed to be given for a divorce. It is worth noting that these were first enacted in Russia in early 1918, shortly after the Bolshevik Revolution. The purpose (as stated in Wikipedia) was to “revolutionize society at every level.” That experiment later met with significant revisions.  The first state to enact such laws in the U.S. was California, which did not do so until 1969. Such laws have since become normative across the country.

These changes in marriage law have been accompanied by an evolution in the cultural meaning of marriage. From the earlier bond of a virtually indissoluble union, marriage has morphed into a contractual agreement between two persons for their own self-defined ends. According to a 2002 study, by age 44, roughly 95 per cent of all American adults have had pre-marital sex. For all intents, we may say that virtually all Americans, by mid-life, have had sex outside of marriage.

These are clear reasons for understanding that “defence of marriage” is simply too late. The Tradition has become passé. But none of this says that the Tradition is wrong or in any way incorrect.

Of course, there are many “remnants” of traditional Christian marriage. Most people still imagine that marriage will be for a lifetime, though they worry that somehow they may not be so lucky themselves. Prenuptial agreements are primarily tools of the rich. Even same-sex relationships are professing a desire for life-long commitments.

But all of the sentiments surrounding life-long commitments are just that – sentiments. They are not grounded in the most obvious reasons for life-long relationships. Rather, they belong to the genre of fairy tales: “living happily ever after.”

The classical Christian marriage belongs to the genre of martyrdom. It is a commitment to death. As Hauerwas notes: faithfulness over the course of a lifetime defines what it means to “love” someone. At the end of a faithful life, we may say of someone, “He loved his wife.”

Some have begun to write about the so-called “Benedict Option,” a notion first introduced by Alasdair MacIntyre in his book, After Virtue. It compares the contemporary situation to that of the collapse of the Roman Christian Imperium in the West (i.e., the Dark Ages). Christian civilization, MacIntyre notes, was not rebuilt through a major conquering or legislating force, but through the patient endurance of small monastic communities and surrounding Christian villages. That pattern marked the spread of Christian civilization for many centuries in many places, both East and West.

It would seem clear that a legislative option has long been a moot point. When 95 per cent of the population is engaging in sex outside of marriage (to say the least) no legislation of a traditional sort is likely to make a difference. The greater question is whether such a cultural tidal wave will inundate the Church’s teaching or render it inert – a canonical witness to a by-gone time, acknowledged perhaps in confession but irrelevant to daily choices (this is already true in many places).

The “Benedict Option” can only be judged over the course of centuries, doubtless to the dismay of our impatient age. But, as noted, those things required are already largely in place. The marriage rite (in those Churches who refuse the present errors) remains committed to the life-long union of a man and a woman with clearly stated goals of fidelity. The canon laws supporting such marriages remain intact. Lacking is sufficient teaching and formation in the virtues required to live the martyrdom of marriage.

Modern culture has emphasized suffering as undesirable and an object to be remedied. Our resources are devoted to the ending of suffering and not to its endurance. Of course, the abiding myth of Modernity is that suffering can be eliminated. This is neither true nor desirable.

Virtues of patience, endurance, sacrifice, selflessness, generosity, kindness, steadfastness, loyalty, and other such qualities are impossible without the presence of suffering. The Christian faith does not disparage the relief of suffering, but neither does it make it definitive for the acquisition of virtue. Christ is quite clear that all will suffer.  It is pretty much the case that no good thing comes about in human society except through the voluntary suffering of some person or persons. The goodness in our lives is rooted in the grace of heroic actions.

In the absence of stable, life-long, self-sacrificing marriages, all discussion of sex and sexuality is reduced to abstractions. An eloquent case for traditional families is currently being made by the chaos and dysfunction set in motion by their absence. No amount of legislation or social programs will succeed in replacing the most natural of human traditions. The social corrosion represented by our over-populated prisons, births outside of marriage (over 40 per cent in the general population and over 70 per cent among non-Hispanic African Americans), and similar phenomenon continue to predict a breakdown of civility on the most fundamental level. We passed into the “Dark Ages” some time ago. The “Benedict Option” is already in place. It is in your parish and in your marriage. Every day you endure and succeed in a faithful union to your spouse and children is a heroic act of grace-filled living.

We are not promised that the Option will be successful as a civilizational cure. Such things are in the hands of God. But we should have no doubt about the Modern Project going on around us. It is not building a Brave New World. It is merely destroying the old one and letting its children roam amid the ruins.