Ælfric the Homilist on the Advent 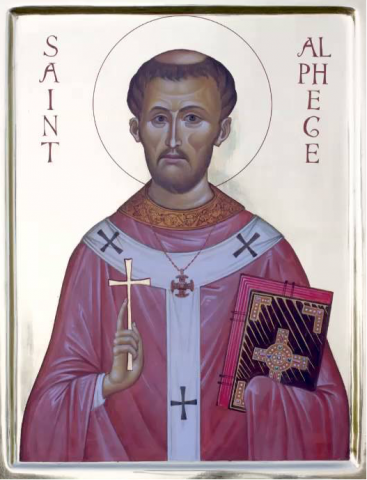 Here we have a beautiful Anglo-Saxon homily. It reminds us that Christ’s Nativity initiated His abiding Presence in this world. And if Christ is Present with Christians, then Christians have the opportunity to clothe themselves with His Virtues.

Let us listen to this message delivered on the first Sunday of the Advent season by a western orthodox Anglo-Saxon Abbott from the tenth century.

A Homily by St. Ælfric for the Advent of Christ 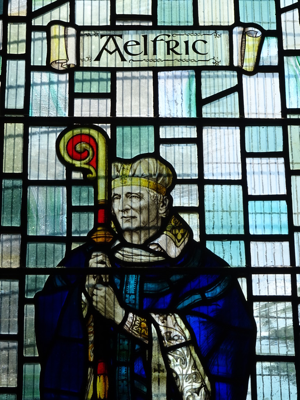 The service of this day and the celebration of this season speak about the coming of God. This season until midwinter is called Adventus Domini, that is, ‘the coming of the Lord.’ His coming is His incarnation; He came to us when He took our nature upon His almighty divinity so that He might free us from the power of the devil.

Now it is the custom in God’s congregation at this season that all the servants of God, in the divine services, both in holy readings and in melodious hymns, continually recite the songs of the prophets. The prophets, through the Spirit of God, prophesied the coming of Christ in His incarnation, and wrote many books about it, which we now read in the services of God before the time of His birth, to honour Him, because He so lovingly chose to come to us. Christ came to mankind visibly at that time, but He is always invisibly with His beloved servants, just as He Himself promised, saying, “Lo, I am with you always, until the fulfilment of this world” (Matthew 28:20). With these words, He showed that until the ending of the world there would always be people beloved by Him, who will become worthy to share God's dwelling with Him.

The holy prophets prophesied both the first coming in His birth and also the second at the great judgement. We too, God's servants, strengthen our faith by the services of this season, because in our hymns we confess our redemption by His first coming, and we remind ourselves that we should be ready for His second coming, so that we may follow Him from that judgement to the eternal life, as He promised us. The apostle Paul spoke about the celebration of this season in the Epistle to the Roman people and to all believers too, urging thus: “My brothers, you know that it is now time for us to arise from sleep: our salvation is nearer than when we first believed. The night is passed, and the day approaches. Let us cast away the works of darkness, and be clothed with the weapons of light, so that we may walk honourably in the day; not in gluttony and drunkenness, not in fornication and impurity, not in strife and hatred; but be clothed in the Lord, Saviour Christ” (Romans 13:11).

The apostle urged us to arise sometime from the sleep of our laziness and faithlessness, as you heard in this present reading. “My brothers, you know that it is now time for us to arise from sleep.” Truly it is not fitting for us to be forever soft in our faith, like a tender child; we should hasten on to perfected virtue, by observing God's commands. We should shake off sluggish sleep from ourselves, and leave the works of the devil and walk in the light, that is, in good works. Long ago, the light of knowledge shone throughout the orb of the earth; and very many shine in the way of truth, so that they travel by the path of the Gospel to the joy of the eternal life. Even now “our salvation is nearer than when we first believed.” Through growing knowledge and goodwill, salvation is nearer to every person than it was when they first believed, and therefore each should be constantly growing in daily endeavour, just as the psalmist said of God's beloved ones: “The holy go from strength to strength” (Psalm 84:7).

And to every person their last day, too, comes nearer and nearer; and the common judgement daily approaches, in which each individual will receive what they merited in the bodily life, be it good or ill. Let us, therefore, flee every sin, and do good according to our ability—lest when we are willing we do not have the power, and pray for more time when death compels us to depart. “The night is passed, and the day approaches” (Romans 13:12). Here the apostle makes night stand for the old ignorance which reigned throughout all the world before Christ's coming; but He shook off that erring ignorance by the enlightening of His presence, just as the bright day drives away the shadowy darkness of the black night. The devil is also called the night, and Christ the day—He Who mercifully freed us from the darkness of the devil and gave us the light of knowledge and truth. “Let us cast away the works of darkness, and be clothed with the weapons of light, so that we may walk honourably in the day.” Let us cast away by confession and penitence the sins of the past, and let us from now on steadfastly withstand the temptings of the devil, just as the same apostle urged his followers in another place, “Withstand the devil, and he will fly from you; draw near to God, and He will draw near to you” (James 4:7). The weapons of light are the works of righteousness and truth. We should be clothed with those weapons, so that we may walk honourably in the day. Just as the light of day prevents people from doing what the night allows, so the knowledge of the truth, that is, the thought of the will of our Lord, will not allow us to commit sins...

The apostle closed this epistle with these words, “but be clothed in the Lord, Saviour Christ.” All those who are baptised in Christ are clothed with Christ if they adorn their Christian faith with the works of righteousness. The apostle wrote about these garments more plainly in another place, saying: “Clothe yourselves, as the beloved ones of God, with mercy and with kindness, with humility, with moderation, with patience, and above all things have the true love which is the bond of all perfection; and let the peace of Christ bring you joy in your hearts, in which you were called to be of one body. Be thankful, and let the message of God dwell among you abundantly, in all wisdom instructing and exhorting among yourselves, in psalms and spiritual hymns, singing with the grace of God in your hearts. Whatever you do in words or works, do it always in the name of the Lord, giving thanks to the Almighty Father through His Son, Who dwells with Him forever in unity with the Holy Spirit” (Colossians 3:12–17).

Let us, therefore, prepare ourselves with these said garments, at the apostle’s urging, so that we may come with festive services to the wonderful birth-tide of our Lord, to whom be glory and praise forever and ever. Amen.